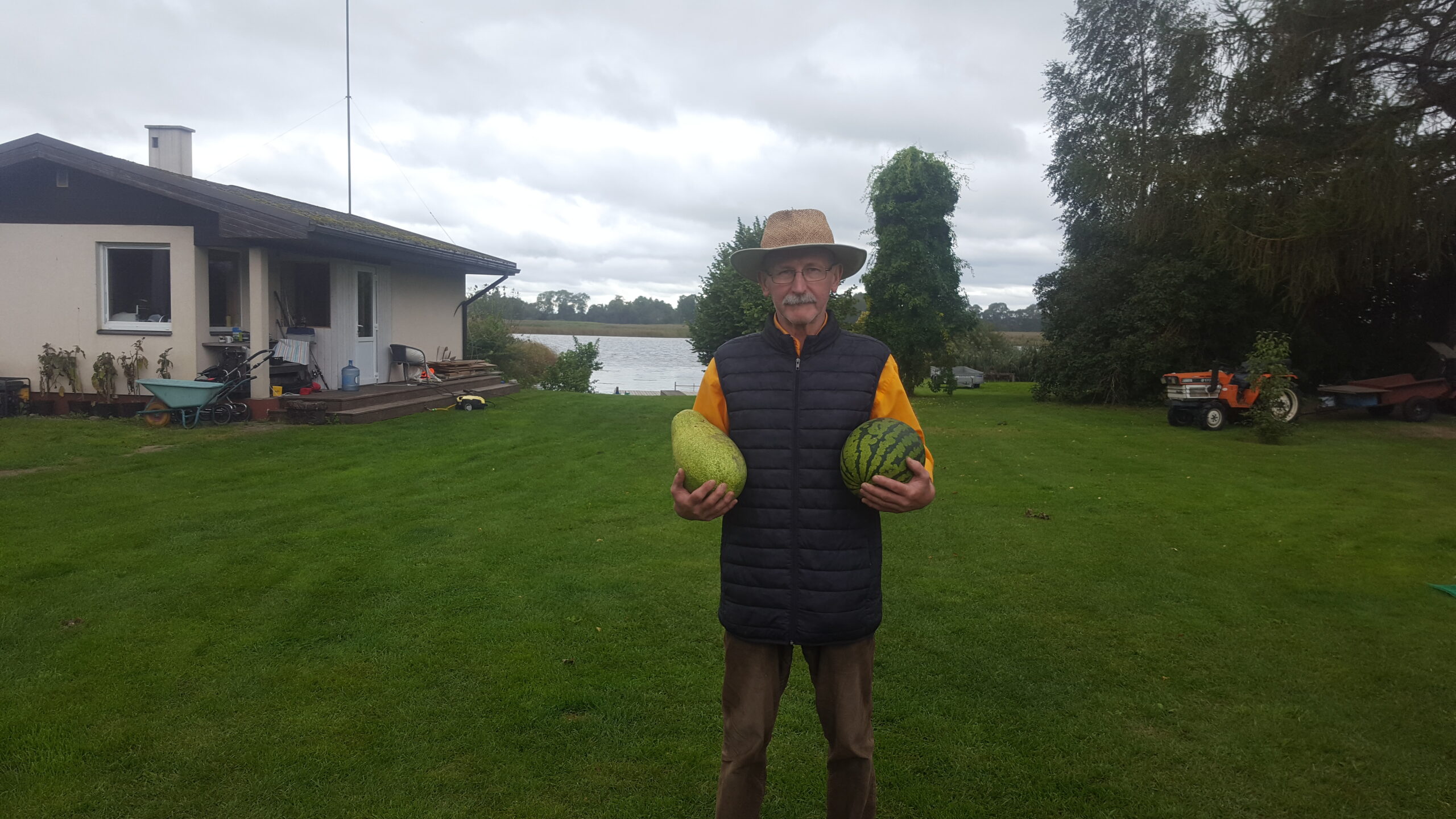 Business idea of growing watermelons and melons in Latvia was suggested to Andrejs by a stranger. In 2014, a young guy named Janis knocked on his door and offered to grow them together on Andrejs’s land. At that moment, the future entrepreneur had 3.5 hectares at his disposal. Janis strongly believed in his idea. At the same time, Andrejs was initially sceptical about it: what kind of watermelons can grow in our cold and rainy country? He allowed Janis to plant the crops on his land and did not even ask for a payment for its use. Results were surprising to Andrejs.

Watermelons that grew on the plantation were very delicious and the largest of them weighed as much as 12 kilograms. Next year the entrepreneurs worked together and Andrejs increased his land plot to 8.5 hectares. The year was extremely successful, but then Janis had health problems and Andrejs started expanding the business on his own.

Today he basically has no competitors in Latvia. On the one hand, this is fortunate. On the other hand, Andrejs has to constantly deal with negative perceptions of Latvian watermelons and melons observed both among retail chain representatives and buyers. Andrejs is often invited to specialized programmes on the Latvian television and interviews for magazines. In addition, he personally trades at a so-called night market in Riga, where farmers sell products grown by them.

“I am a former cultural worker, – says Andrejs, – I enjoy talking to people and convincing them. If they agree to a tasting, that’s it, they will not leave without a watermelon. I am putting up real shows!”