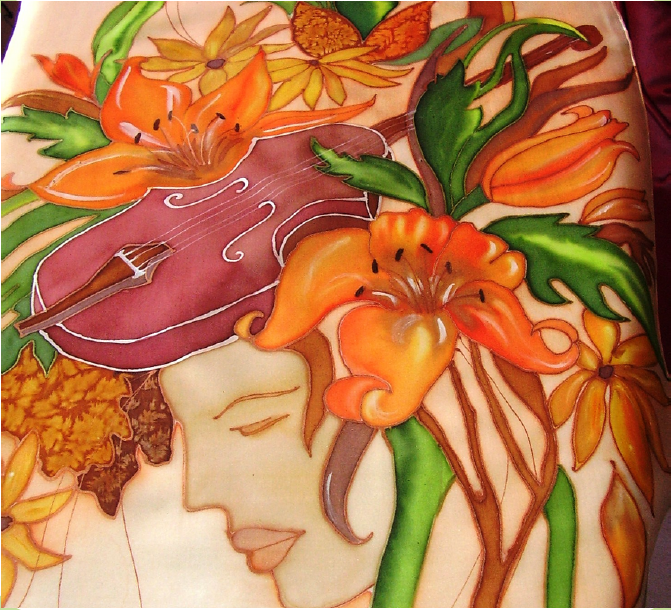 Inna is engaged in handicrafts: she creates scarves, gloves and other felt products, as well as paints on silk scarves and embroiders gloves. Inna’s friends
and acquaintances liked her creations and suggested her to start selling them.

At the same time, the woman was dreaming of going on a trip, but she could hardly afford it with her salary. She did not want to borrow from her children, so she started selling her products and saving money for the journey.

At first, Inna’s business was just a hobby: she was focusing on fulfilment of her ideas and development of professional skills. The needlewoman attended master classes and watched video clips. However, then Inna realized that she also lacked an ability to sell and advertise her products and skilfully offer them to customers. She learned a lot from others and own mistakes and visited crafts exhibitions and markets. Manufacturing, master classes and sales were taking much time and Inna did not feel satisfaction from her business.

Gradually, she began to understand how to plan time and focus on relevant activities. For example, some of her handiworks, such as gloves, are seasonal products. Initially, Inna had difficulties with preparation for a high season; did not know how many items to produce. Now she get ready for the winter season in advance: she purchases raw materials, develops sketches and makes gloves in order to sell as many of them as possible during a short period.

At the beginning of her business, Inna tried hard to make her products very popular among customers, but now she concentrates on fulfilment of her ideas more.