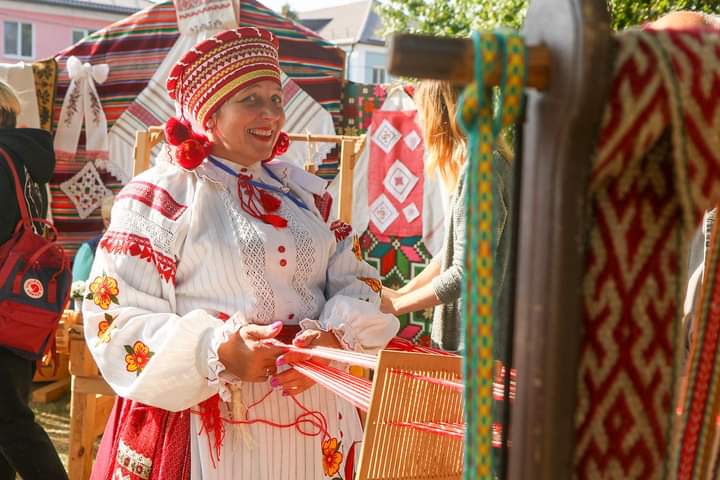 Irina’s business idea was suggested by children. Irina worked in a small village club, was an organizer of public events and always tried to make them interesting for the villagers. But there came a time when the club life began to fade.

Once Irina took part in a workshop on decorative and applied arts. There she got acquainted with different types of folk crafts and told the children who came to the club about it. The children shouted with one voice that they wanted to engage in weaving. “Where am I and where is the weaving!”, – says Irina, – “But I believe that we should listen to what children say. If they are interested in it, then they should do it! I had to figure it out, went to a course on folk weaving and got carried away. By my 50s, I realized that this is my business, weaving completely captured me!”.

Irina began to look for looms for weaving, as well as special devices for making national Belarusian patterns. Gradually, all the equipment was purchased. Irina wove belts, tapestries, panels, towels, bedspreads in the traditional Belarusian technique and taught this to children.

Products of Irina and her students became very popular, especially at fairs, exhibitions, folk art competitions in the district and beyond. Irina has opened a creative studio and called it “Charoyny kuferak”, which translated from Belarusian means “Magic box”.

Now Irina has a lot of orders and big plans to develop a tourist route to the places of Belarusian folk weaving.